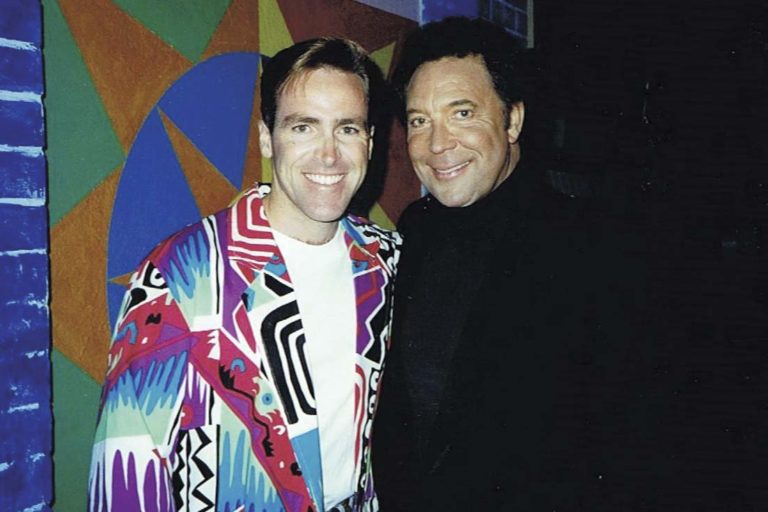 Michael Croaker’s entertainment career spans nearly 30 years across the Australian Theme Park Industry, film and television roles. His current position as Head of Entertainment for Village Roadshow Theme Parks sees him at the helm of large scale live productions and events enjoyed by guests from around Australia and abroad. 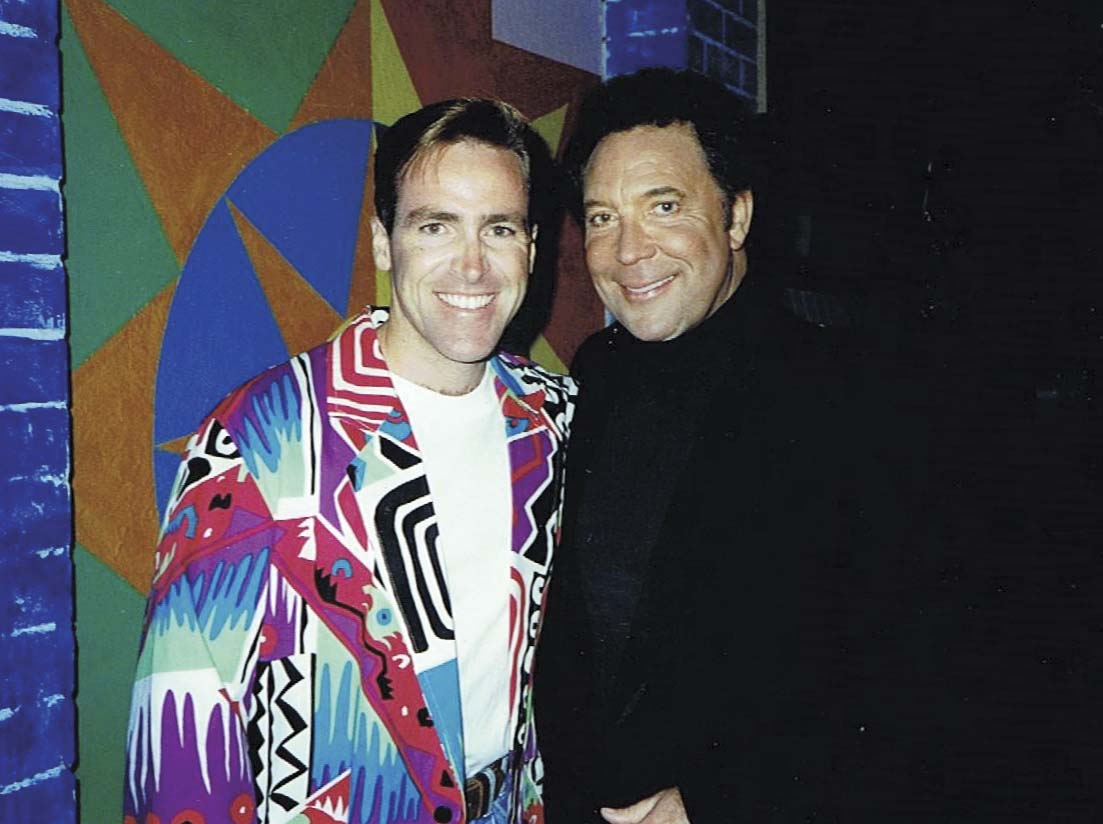 Tell us a little about your family background…

I’m a Victorian by origin. Both mum and dad were in the Air Force so my brother and I moved states quite a bit through our childhood. Postings were fairly regular and a part of a life in the armed services. It was always a bit tricky feeling like the ‘new kid’ at school constantly, but when I look back, I think it did install a good sense of independence at a young age.

When did you become attracted to the entertainment industry?

I first grabbed a microphone in either Grade 3 or 4 as part of a little talent quest at school. I got up and did a number of impersonations of the teachers. I’m sure they were very impressed! I was about sixteen when I began performing on-stage in Community Theatre and by seventeen, I was also doing mid-dawn shifts on the local Community FM Station in Townsville. This was all a bit odd for a child of the armed forces, but I think Mum and Dad eventually accepted that this kid was probably going to follow his own path. By 18 I was working as a live show announcer with Sea World. That was really where it all started. 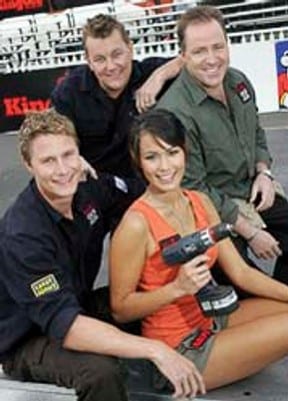 You’ve achieved a lot of things as a leader in the industry. Also as a creative director, heading up operations with writing and producing, as well as acting roles. How do you do this so well?

I’ve been fortunate to be able to have a little balance here across the years. Gold Coast based film and television productions were very much alive and well in early to mid 90’s with opportunities, and for young actors is was a great time to cut your teeth on-set. While I got to enjoy some terrific moments in this period, I also realised early on that the Theme Park Industry was rich in opportunity to grow and develop creatively. I decided to make this my primary focus, while acting professionally became more a passion to exercise when the timing worked out. 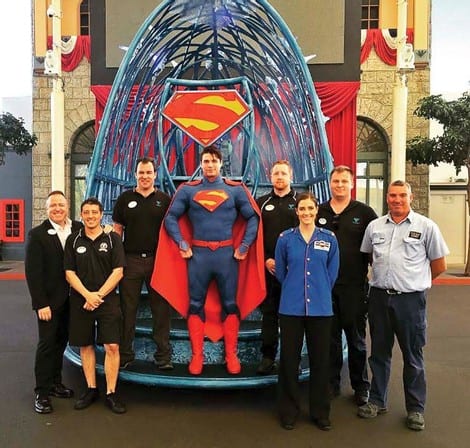 Being the head of entertainment at Village Roadshow Theme Parks, and all that you oversee, what are some highlights?

We’re ultimately in the business of hardwiring memories for people – experiences and feelings that remain with them for their entire lives. That’s a great job to have!

I’m always aware that scale, colour and movement are all important ingredients in our delivery of entertainment, though within all of these things there must be soul and human connection at the core. 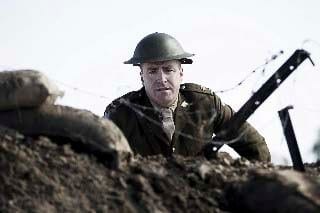 I received an email one afternoon that drove this home to me some years ago. It was from a mother of a terminally ill child who wanted to thank one of our Character Suit performers who was playing a Looney Tunes character on the day of her visit. She wrote that both she and her husband, up until their visit, had yet to have a photo of their little one smiling and how on this day that all changed. She told of how they approached the Tunes standing on a corner in the park and how ‘Sylvester’ kneeled down to their child as Dad got in position for a photo. ‘Sylvester’ began interacting and playing with the young girl before he finally put his arm around her and as just as Dad was taking the photograph the little girl pulled back a beautiful smile that they captured forever. I read the email to our Actors and Character Suit performers before an appearance of the Movie World street parade. There wasn’t a dry eye in the room and we were all reminded, quite beautifully, that the work here can make a difference. A real difference to people. 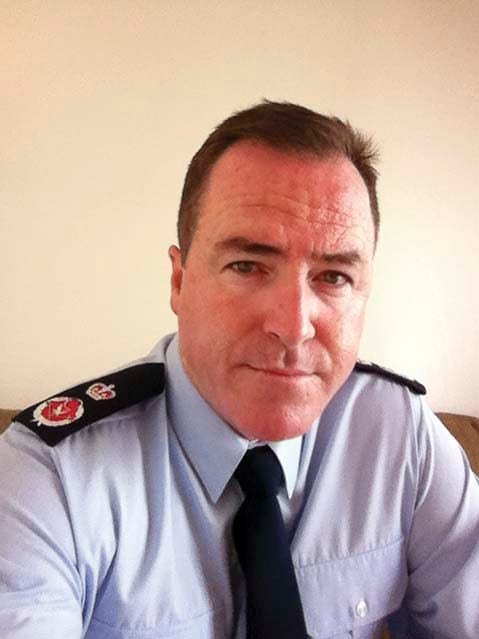 You played a role with Kelsey Grammar in the film “Nest” was produced on Gold Coast last year. How was that?

While the role was only a very small one, it was one of those ‘pinch yourself’ days on-set. It was a very relaxed day Set and Kelsey was generous in his time and manner. When the last shot of the day had come, it happened to be my close-up. I had no dialogue, I just simply had to react to a situation in the room opposite Kelsey. When the shot was done Kelsey stood up opposite me and began slowly clapping and said, “Bravo, bravo! Now that my friends was quite a performance”. There was some laughter from the crew and I stepped forward with my hand outstretched and as we shook hands I said, “That my friend, right there, was some of the finest film acting you’re ever likely to see!”. The joke had turned a little from being at my own expense and he smiled and said “Nice work”, and with a gentle slap on my shoulder the moment was done. 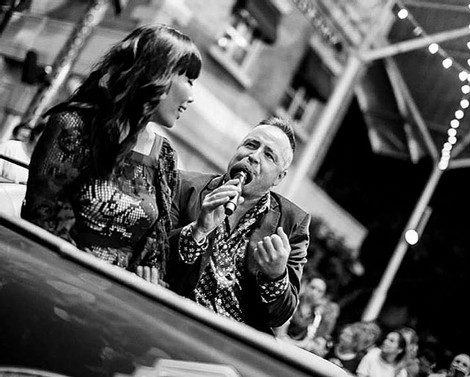 You have had a lot of amazing roles in TV over the years, is there a standout memory?

It was an honour to sit alongside Bert Newton during his Good Morning Australia years for a little while, but from a pure acting perspective it was terrific to have scenes opposite Francis Greenslade in Schapelle. I certainly felt a little burden taking on the role of Mick Keelty, who was the AFP Commissioner at the time, but I imagine that there equally was some pressure for Francis who played Alexander Downer seemingly with such ease. He’s a terrific comic talent also and to watch him work up close in a dramatic role was a real buzz. 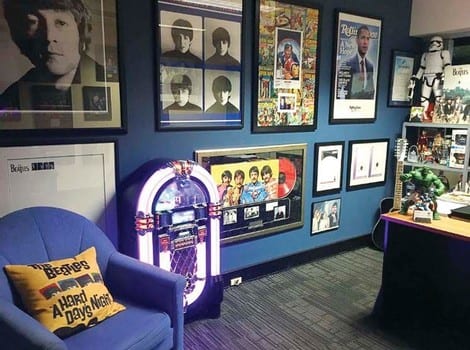 Perhaps the one role my kids really love appears, very briefly, in Godzilla: Final Wars. I got the chance to play a street punk, complete with Mohawk, who comes across Godzilla on deserted city street only to be eaten by the giant lizard. My brother in the scene was Brad McMurray who is currently playing Jacka Hills on Neighbours. We both thought it was terrific to even be seen briefly in the cinematic legacy of that character for sure.

You’re a huge fan of The Beatles, did they influence you in your early years? 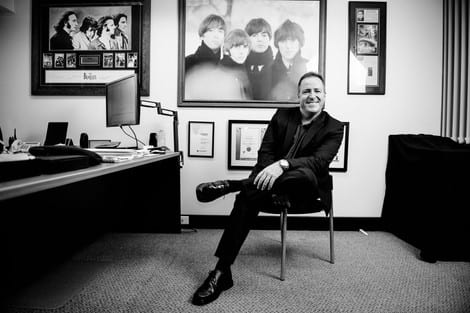 The magic of The Beatles, for me, is much more than just the incredible music. There are great lessons in the story of the four men who lived that experience. Staying true to your passion without compromise, pushing boundaries, and above all, to be brave in creative choices. They remain such an unmatched creative force even now. Lennon for me seemed to be all that makes for a great artist – fearless, honest, sometimes contradictory but always bold.

What advice would you give someone looking to maintain a career in show business?

Try on and get comfortable wearing many hats, and realise this becomes easier when you get out of your own way and blow off doubt and fear. Longevity in the industry, I believe, comes from a fearlessness to back yourself and put out whatever is inside of you looking for a voice. Be open to new opportunities that will stretch your gifts into uncharted waters. Keep ego at a distance and maintain a desire to continue to learn. 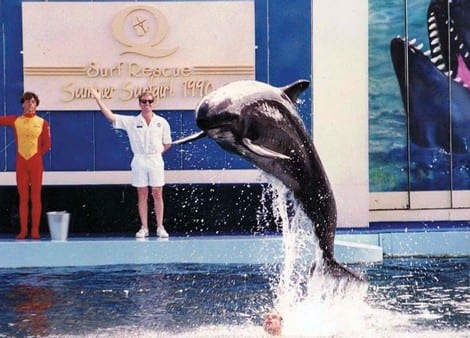 One of the great things about life is we don’t get to know what the future holds for us. We’re constantly bringing our intention to the outcomes we desire, but life ultimately likes to keep us guessing a little doesn’t it? I think if our intention is for new experiences and personal growth then we’re half way there! For Village Roadshow Theme Parks there are many new exciting ventures ahead into and beyond 2017, so there’ll be no room for getting bored soon. 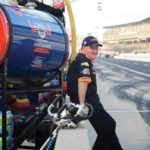 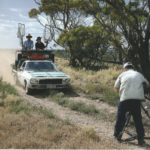 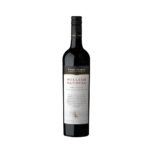 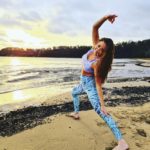